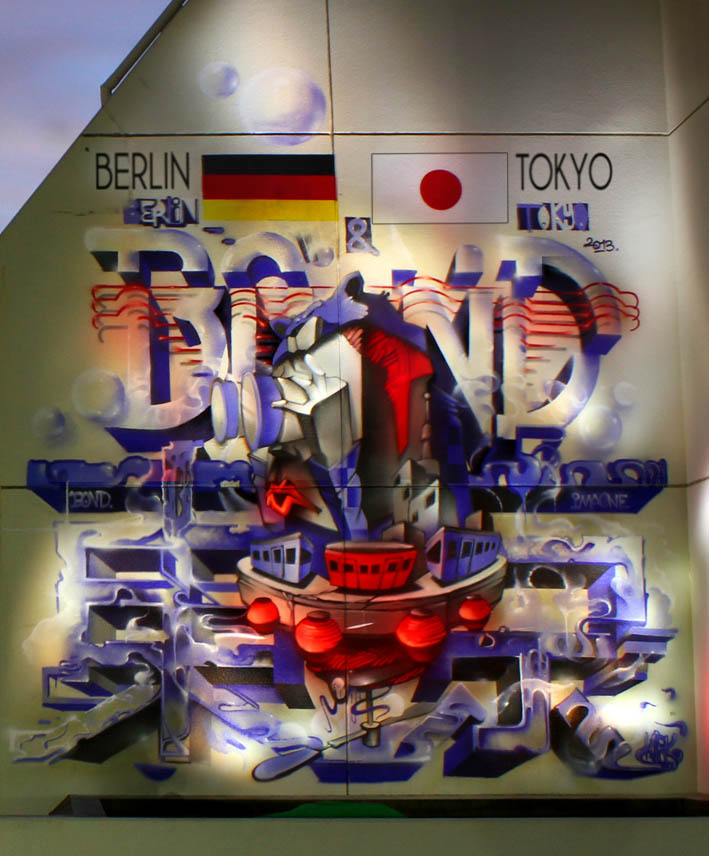 Via the Berlin council of senate and the sister city relationship between Berlin and Tokyo, I got the chance to set up a small project, including a mural-collaboration in Tokyo in November 2013.

Thanks to the network and commitment of  ImaOne, we were able to find a wall for our Berlin – Tokyo mural in the residential district of Mitaka. As mural-art is not as common in Tokyo as in other parts of the country, it was particularily challenging to find an open-minded property-owner as well as going through the upcoming formalities. Apart form the actual property-owner, permission was needed from all of the adjoining neighbours and housing committee. Without ImaOne´s help and his connections to the housing committee it would have been virtually impossible to find space to paint in Tokyo.

We worked at the wall for three days. From time to time neighbours would come by, offering tea or snacks, admiring our work, engaging in a chat. Also the actual owner of the building stopped by several times to express her gratitude, even bringing gifts.

The theme for the mural was the „partnership of Berlin and Tokyo“ and we switched the cities around: Since ImaOne is a skilled and experienced illustrator, he prepared the sketch of a floating city – island. In itself isolated, cities like Berlin and Tokyo not only provide living space for millions of people but also individual social identity, a group to belong to. The island is build up of skyscrapers and houses, people wearing suits and as a reference to the maskot of Berlin: a bear-face on top of it. You may also spot the Berlin Tv-Broadcasting station in the upper right corner of the island or the subway trains that give pulse to both Berlin´s and Tokyo´s wandering millions. The traditional red lights mark the ancient relationship of the hyper-modern city of Tokyo to its heritage and warm hospitality.

Me being a calligraphic artist, framed the floating island with the word „Tokyo“ in Kanji-script. The names of both cities as well as their respective country flag top off the header of the wall to give an easy visual access to the basic idea of the Berlin – Tokyo Urban Art Project. 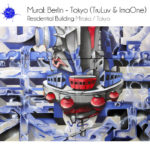 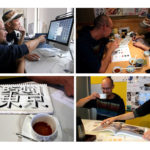 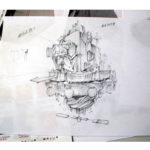 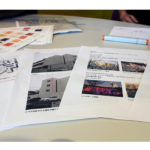 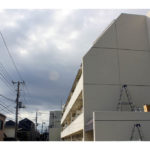 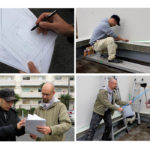 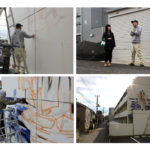 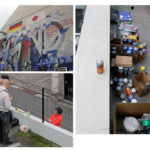 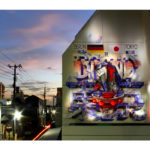