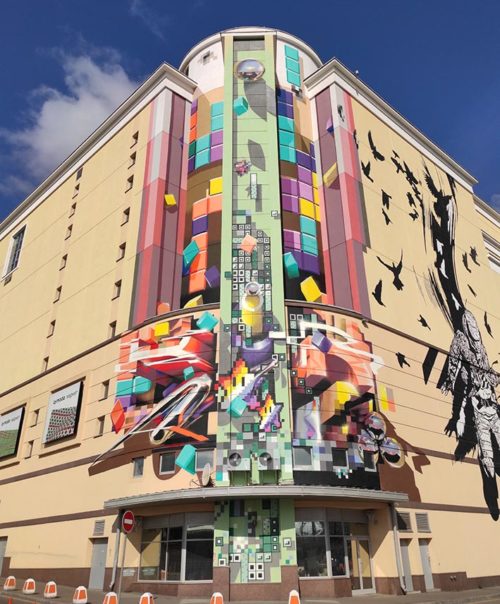 Spraypaint and augmented reality on wall

Located on the facade of the Atrium mall in Moscow, Russia amongst a grand collection of contemporary muralism.

My latest mural is a tribute to the worlds most famous video game Tetris, ported for virtually almost every platform ever. I always wanted to involve on of my favorite childhood games that I spent countless hours on. The game was first created by in 1984 by Alexey Pajitnov at the soviet academy of sciences for hardware testing and soon made it to the streets, going viral on the first home computers of Moscow and later worldwide. This is my largest work up to date in terms of height as well as squaremeters and I’m glad I had the skilled team of the Artrium project as well as my brother supporting me during the 6 days of production. 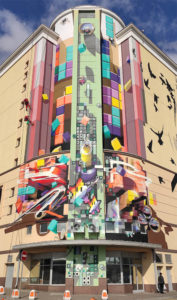 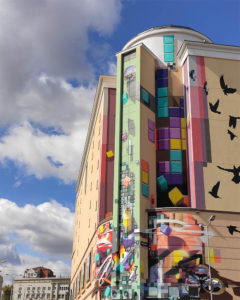 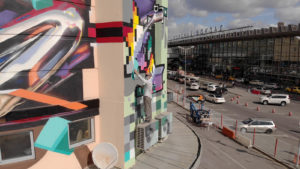 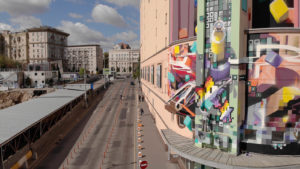 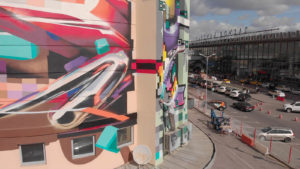 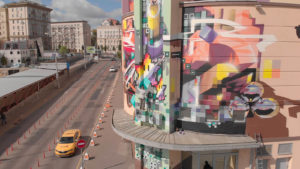 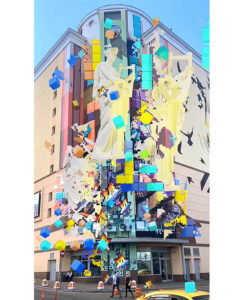 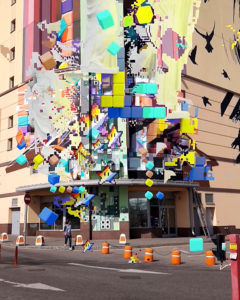 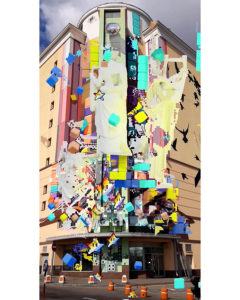 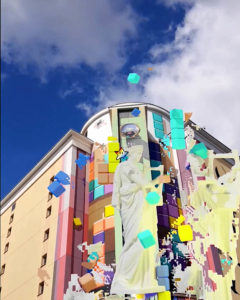 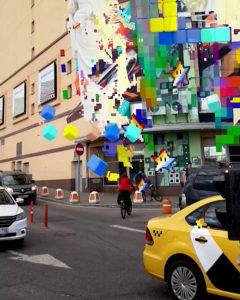